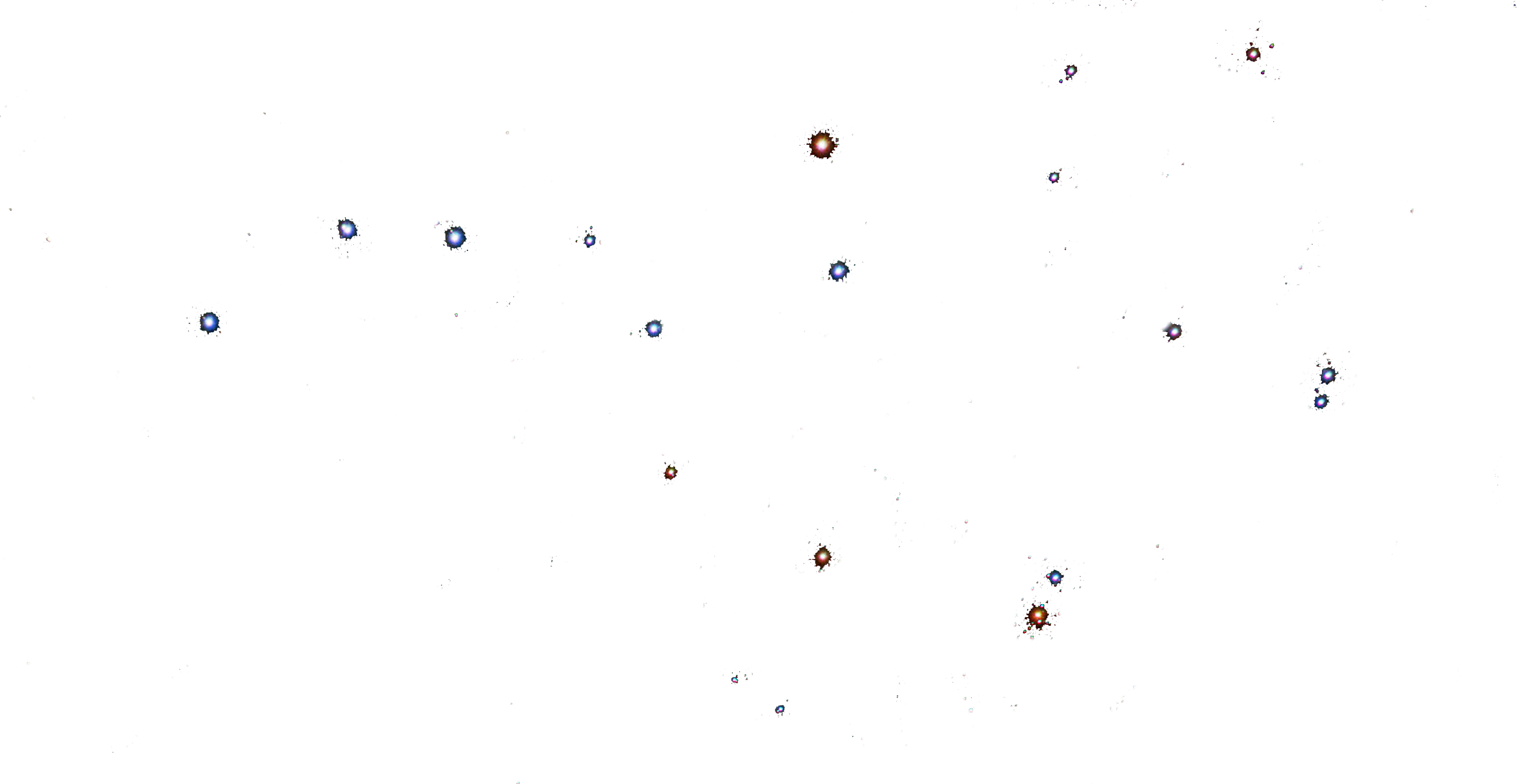 To view the many ranges and exclusive products Ursae has to offer please log in...

Whether a one off piece, bespoke artwork, or large scale production run, Ursae is here to help...

Our skills in traditional drawing, virtual modelling, and rendering means nothing gets lost from drawing board to finished item…

Sympathetic design & manufacture for historical sites and places of worship…

Bespoke commissions finished to the highest standards for revered clientele...

With capabilities to manufacture traditionally and using new technologies designs can be produced to the highest standard...

The origin of Ursae’s design and technological basis, at the forefront of the field with both design and craft.

Design and manufacturing, consultation and production, from microscopic to monumental.

Navigate by the stars... 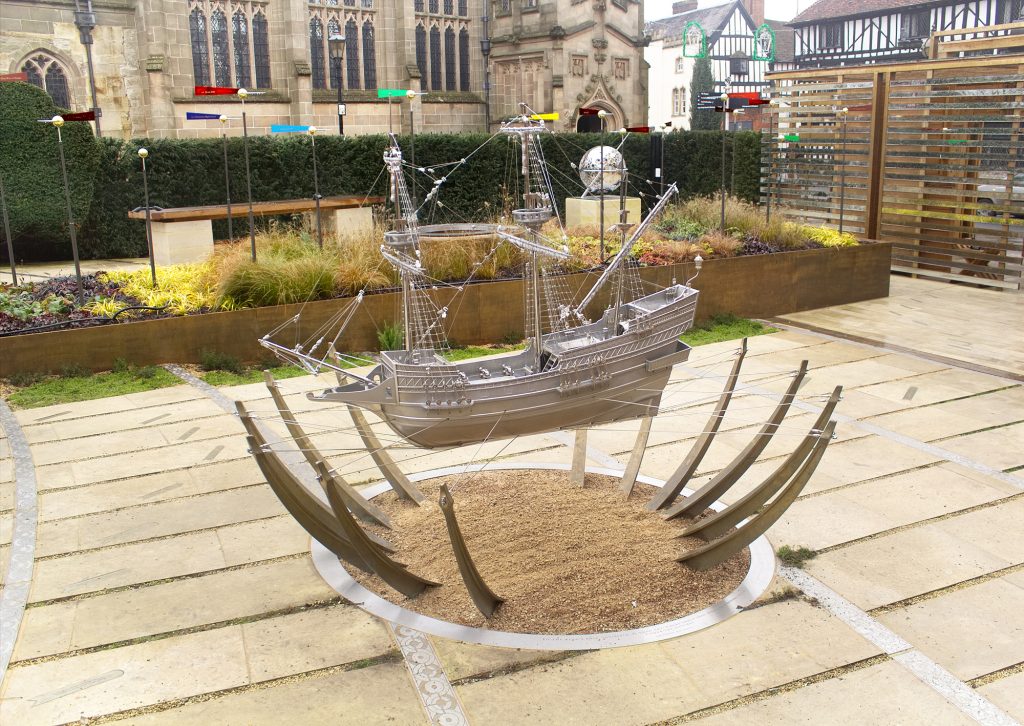 Ursae Ltd. was commissioned to create two sculptures for the Shakespeare Birthplace Trust, at the site of William Shakespeare’s family home, to celebrate the 400th anniversary of his death in 1616.

The sculptures were part of the 5.35million pound redevelopment of Shakespeare’s family home 1597 -1616, on Chapel Street in Stratford-Upon-Avon. The public garden where the sculptures are located was designed to commemorate the importance of the site and allows visitors to make their own personal connection with Shakespeare.

The commissioned artworks throughout the site evoke Shakespeare’s life and achievements; some expressing a sense of his family life and others hinting at his major works, written during the 19 years he lived at New Place. The pieces produced provide a subtle insight to the creativity, education and knowledge of the world-renowned playwright.

The Silver Ship was designed to create a literal and engaging piece of sculpture that could be easily understood and admired be persons of all ages. The ship is suspend almost magically from fine wires supported by a bronze cradle, and is an accurate scale model, based on Elizabethan ship plans the circa 1600. The glimmering galleon harks back to the mystifying unscathed ship from the Tempest play, which was conceived and written by Shakespeare where the sculpture is located.

The Silver Ship is a sculptural expression of the wonder inherent in, and produced by, many of Shakespeare’s works.  As the ship from The Tempest, magically suspended at the moment of discovery, it carries forth the magical realism that brings the captivatingly fantastical into the everyday throughout the famed bard’s oeuvre.  This thematic trend runs strongly through his work, and whilst having roots in the thoroughly Tudor conflation between the real and the magical, it has ironically kept many works relevant for modern audiences.

In order to represent the ship from the Tempest as accurately as possible, Ursae consulted heavily with the National Maritime Museum in Greenwich, London. As ship plans from circa 1600 are extremely rare/non-existent, the ship was based upon one of the few vessels restored from that era. The restoration and model plans of the ‘Golden Hind’ provided the necessary foundation for the ship’s design. Artistic licence included cannons removed from the upper decks, and customised wall relief, befitting the King’s Ship, which was procedurally scripted using Grasshopper software, allowing a precise computer modelled piece to be generated iteratively using the same flexible logic that would be used by an Elizabethan shipwright.

As the piece was to be a perfect scale model, thousands of hours were spent by Rupert Todd and Ben Ryan 3D CAD modelling all the individual components of the ship. To create a sense of magic, the ship was designed to be hung in a cradle of 3mm thick stainless steel wires. This meant that manufacturing processes had to be altered in order to make sure the piece was bottom heavy. These alterations meant the ship needed to be 3D printed from the CAD files created, on one of the world’s largest stereolithography 3D printers, The Mammoth Printer by Materialise. This in turn required CTI – Castings Technologies International, who are part of the AMRC – Advance Manufacturing Research Centre, to undergo with one of their most complex one off casting programmes ever, pushing the boundaries of casting to its limits. Months of analysis and adjustments were made to the original CAD files by Ursae, after feedback from analysis software Magma 5.0, in order to minimise potential casting failures.

The project required thousands of man hours to bring to reality, and included hand finishing and fettling hundreds of parts. The smaller intricate pieces on the ship were 3D printed by Ursae Ltd.’s sister company Wax-Masters Ltd, in high quality 25 micron resolution directly castable wax, which were then cast in brass by AA Fine Castings. All the parts were then cleaned up, laser welded if necessary, drilled and tapped, and blasted or polished by Ursae. The highly complex project represents Ursae’s dedication and commitment to design, quality and finish.

The opportunity to mirror and pay homage to Shakespeare and his works is an endeavour we are honoured to be a part of. As craftsmen, artists, and designers, we use all of the skills and technology at our disposal to create works which marry carefully considered aesthetics with function, be that function purely practical, conceptual, or emotionally evocative. Using beautiful craftsmanship to express underlying truths, narrative and meaning, is just as important to us in our metalsmithing and sculpture as it is to a wordsmith. Hopefully the art piece will not only give an insight to Shakespeare and his life in an educational capacity, but also help inspire future generations, by igniting the imaginations and creativity of the millions of people, both young and old that come to see it, in an innovative, enjoyable and engaging way.